No Sleeep is a collaboration between Janet Jackson and the legendary songwriting and production duo Jimmy Jam & Terry Lewis, with whom Ms. Jackson first teamed up with in 1986. Jimmy Jam and Terry Lewis have collaborated with Ms. Jackson on a number of her biggest hits, including a staggering nine Billboard Hot 100 number ones. The new single is the first taste of Janet Jackson’s upcoming, as yet untitled new album, due this Fall.

Jackson recently announced the first leg of her highly anticipated Unbreakable World Tour, a 37-date tour of the US and Canada, starting August 31 in Vancouver, BC with shows lined up in Los Angeles, Chicago, Miami, Atlanta, San Diego, San Francisco, Honolulu and more. All dates are co-produced by Rhythm Nation, and additional worldwide concerts will be announced at a later date. See www.janetjackson.com for the full list of dates.

Janet Jackson is one of the most influential entertainers of the modern era. Her music has won her six Grammy Awards, two Emmy Awards, a Golden Globe Award, a nomination for an Academy Award along with dozens of American Music Awards, MTV Video Music Awards, BET honored, and Billboard Music Awards. She has received accolades as an actor as well, including an NAACP Best Supporting Actor award. Janet is a New York Times Number One Best Selling Author, choreographer, dancer, businessperson, philanthropist and one of biggest-selling artists in popular music history. With sales of over 160 million records worldwide, Janet Jackson stands as one of the best-selling artists of all time with a string of hits that have left an indelible impression on pop culture. Her music and artistry has opened doors through which other top artists have followed, while acknowledging her impact on their musical perceptions. Link into her music world at http://www.janetjackson.com/ and via Twitter at https://twitter.com/JanetJackson 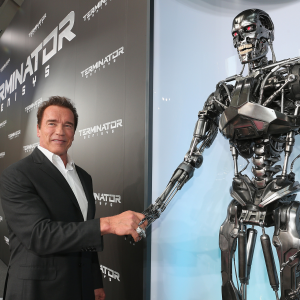