Last night, actor Daniel Craig revealed the all-new Range Rover Sport as part of a dramatic drive through the streets of Manhattan. The fastest, most agile and responsive Land Rover to date was put to the test by the British actor – entrusted to deliver the vehicle for its first unveiling to the world to a packed crowd of celebrity guests at Skylight, at Moynihan Station on 8th Avenue.

Land Rover Global Brand Director John Edwards said: “The all-new Range Rover Sport is an extraordinary car and we have revealed it in an extraordinary way – live on the streets of its biggest selling market. It turned heads and stopped traffic in one of the most dynamic cities in the world.”

Meanwhile Jaguar’s new high-performance models the XJR and XKR-S GT also made their global debut in New York. The new high-performance XJR is Jaguar’s dynamic new flagship sports saloon, and the most focused, agile and responsive Jaguar XJ ever made – delivering supercar performance and assertive looks with the highest levels of luxury.

The XKR-S GT is the ultimate road-going but track-ready version of the XK coupe. With initial production limited to just 30 units, it will also be the rarest ‘R’ model in the 25-year history of Jaguar’s R performance cars. Both models will join the expanding Jaguar line-up on display in New York, which includes the All-Wheel Drive XF and XJ sedans; and the F-TYPE sports car, which goes on sale this summer.

Dwayne Johnson Is Powerful In G.I. JOE RETALIATION, A Must See Film! 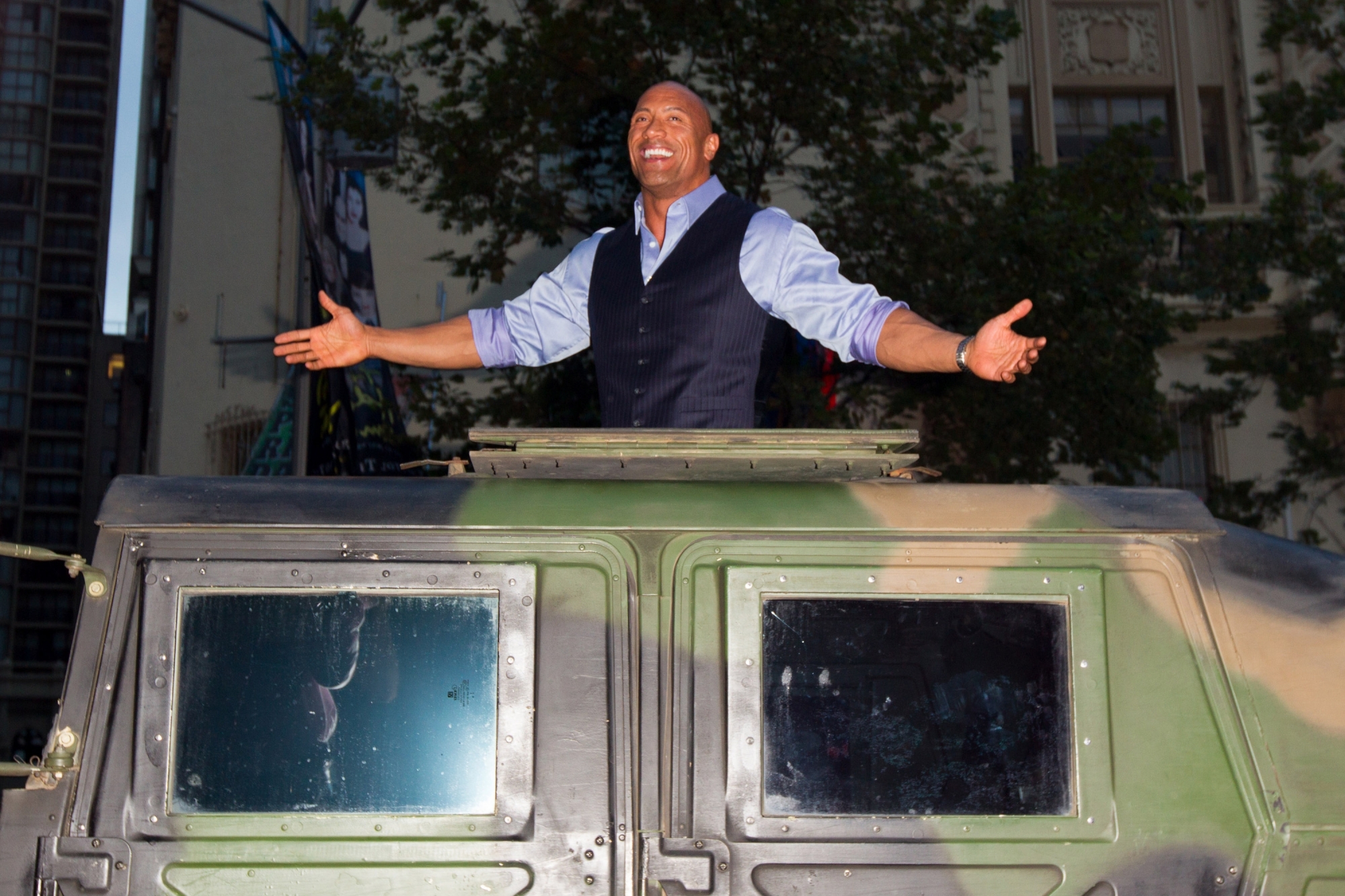 Dwayne Johnson Is Powerful In G.I. JOE RETALIATION, A Must See Film!

In this sequel, the G.I. Joes are not only fighting their mortal enemy Cobra; they are forced to contend with threats from...