Today marks the final day of the 8th Annual HollyShorts Film Festival at the Chinese 6 Theatres. Come and check out some great short films all day. Highlights include an 11am International Shorts Program, 1:30pm Odd Couple shorts program, Web Series at 4pm, and Documentary shorts at 6:30pm. In addition, check out some insightful panel discussions during the final day of the HollyShorts Indie Summit. Sessions include: Casting in the Indie Film World at noon, New Era in Digital Distribution at 1:30pm, Film Financing Presented by Dolce Films 3pm, and Production in the Cloud: Apps and Tools for the Indie Filmmaker at 4:30pm.

Tomorrow evening also marks the official HollyShorts Awards and closing reception which commences at 10pm in the Chinese 6 Theatres Lobby. Tickets are $20 for the event for the general public. The HollyShorts Awards ceremony will be presented by Amy Paffrath host of MSN’s Last Night on TV and MTV’s Jersey Shore: After Hours. Music by DJ J Grant.

Tickets and passes are available now on www.hollyshorts.com and hollyshortsfilmfestival.eventbrite.com. 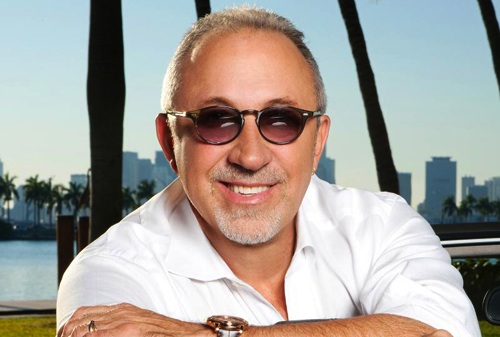 Emilio Estefan, the Cuban-born music producer, filmmaker and author who created the Miami Sound Machine and shepherded the careers...