As part of its ongoing partnership with The Recording Academy®, Gucci Timepieces & Jewelry is pleased to once again invite selected students from its Music Funds in Greater China, the United Kingdom and Japan to participate in the GRAMMY Foundation®‘s renowned GRAMMY Camp® in Los Angeles, from July 12th to 21st.

The first Gucci Timepieces & Jewelry Music Fund was established in Greater China in 2012 and the model was quickly replicated in the UK and Japan. Each Music Fund operates in conjunction with a leading musical institution in its respective country, with a mission to support talented young musicians by providing scholarships and opportunities for musical development within the framework of an international music exchange program.

This year’s talents – comprising two students from each Music Fund – will be flying to the 10th annual  GRAMMY Camp. During the ten days hands-on experience, the selected students, together with peers from all over the USA, will be immersed into the creative and business side of the world of music led by some of the industry’s most distinguished professionals. The week will culminate in a grand finale concert – the GRAMMY Camp ‘Launch Party’ – held at the iconic El Rey Theatre in Los Angeles on July 20th. The evening will feature live performances of music written during GRAMMY Camp to an audience of music industry personalities.

The six aspiring artists, Hiu Ching Natalie Lam, Kit Lau Tsz, Kunito Kitai, Yoko Suzuki, Jordan Hadfield and Renato Paris, are all confident to reach one day Grammy level standards and are excited by the challenges of the Grammy Camp. Every day, they will live and breathe music, harmoniously blending schoolwork and socializing around their passion.

Yoko Suzuki, a jazz piano student from Japan’s Kunitachi College of Music explains: “I can’t get music out of my head! If I’m not playing or listening to music, I need to go to a live gig or watch a musical movie.” Fellow musician Kunito Kitai who plays jazz drums ‘day and night’ adds: “I go to college… and then play drums for as long as I can…I don’t see it as practicing, because I love it so much.”

Percussionist, Jordan Hadfield from the World Heart Beat Music Academy in London is a fan of the funky style of Stevie Wonder and the ‘perfect sound’ of his favorite band, Steely Dan. He and his friend and singer, Renato Paris – who has composed more than 50 songs – practice and compose for hours each day in pursuit of their dream.

From the Chinese University of Hong Kong, under the aegis of the China Soong Ching Ling Foundation (C.S.C.L.F) trumpeter Natalie (Lam Hiu Ching) who picked up her instrument ‘by chance’ at the age six, sees music as a “connection to the world around her”. Fellow flautist, Lau Tsz Kit (Kit), plays ‘morning, noon and night’. He also swims as a way to recharge and practice music more.

By providing a platform for today’s rising talent, Gucci Timepieces & Jewelry, via its international music funds and artistic partnerships, helps to ensure that our shared musical heritage is handed down to the next generation.

The Camp is organized by the GRAMMY Foundation, a nonprofit organization established by The Recording Academy, which hosts the famous GRAMMY Awards®.

About Gucci Timepieces & Jewelry
Gucci Timepieces has been designing, developing and manufacturing iconic Gucci watches since the early 1970s. Taking advantage of the worldwide recognition of the Florentine house – and its unique duality in brand positioning, pairing modernity and heritage, innovation and craftsmanship, trendsetting and sophistication – Gucci Timepieces is one of the most reliable and consistent fashion watch brands, with a clear design approach and positioning. Made in Switzerland, Gucci watches are recognized for their design, quality and craftsmanship and are distributed worldwide through the exclusive network of directly operated Gucci boutiques and selected watch distributors. Since January 2010, Gucci Timepieces has also been distributing the Gucci Jewelry collections, capitalizing on the expertise gained in the watch sector and leveraging the synergies between the watch and jewelry industries. For more information about Gucci Timepieces & Jewelry, please visit www.gucciwatches.com.

Gucci is part of the Kering Group, a world leader in apparel and accessories which develops an ensemble of powerful Luxury and Sport & Lifestyle brands.

The Voice, NBC’s, TESSANNE CHIN, Count On My Love 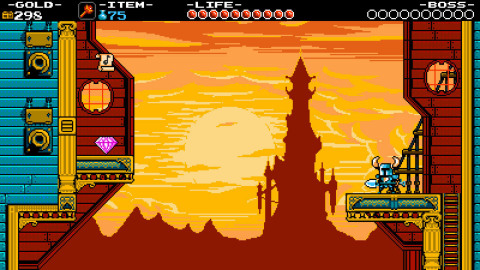