Nominations are now open for the 10th anniversary of the Substance Abuse and Mental Health Services Administration’s (SAMHSA) Voice Awards, which will be hosted on August 12, 2015, by “Grey’s Anatomy” star Chandra Wilson.

The annual awards program recognizes consumer/peer leaders and entertainment industry professionals whose work and personal stories of resilience demonstrate that people with mental and/or substance use disorders can and do recover and lead meaningful lives.

This year’s award winners will be recognized at Royce Hall on the University of California, Los Angeles (UCLA) campus.

Nominations for the awards program can be submitted in two categories—1) consumer/peer leaders, and 2) television and film productions. Eligible consumer/peer leaders must have personally demonstrated that recovery is real and possible; led efforts to reduce the discrimination and misperceptions associated with behavioral health conditions; and made a positive impact on communities, workplaces, or schools. Television and film productions must contain a dignified, respectful, and accurate portrayal of people with behavioral health conditions, and must have aired in a public setting after April 15, 2014.

The Voice Awards 10th anniversary program will also spotlight the impact that suicide has on individuals, families, and communities, as well as its inextricable link to behavioral health. Special consideration will be given to consumer/peer leader nominees who are working to improve public awareness about and reduce instances of suicides and suicide attempts. Special consideration will also be given to television and film production nominees that sensitively portray stories of people who have considered, attempted, or completed suicide, yet do not romanticize suicide, idealize those who complete it, or expose viewers to graphic or sensationalistic specifics of suicidal behavior.

All nominations are due Friday, March 27.

Nominations are open to anyone. There is no limit to the number of nominations an individual can submit, and self-nominations are welcome. All nominees are reviewed by a panel of judges that includes television and film professionals; consumer/peer leaders; and representatives from the U.S. Department of Health and Human Services (HHS), behavioral health advocacy organizations, and other Voice Awards program partners.

For more information about the Voice Awards, event updates, and instructions on how to submit a nomination(s), visit http://www.samhsa.gov/voice-awards. 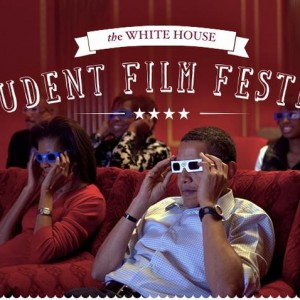