Today the Los Angeles Film Festival, in conjunction with Presenting Media Sponsor the Los Angeles Times and Host Partner L.A. LIVE, announced the North American Premiere of Woody Allen’s To Rome With Love as the opening night film for the 2012 Festival. The Festival is widely recognized as a world-class event, showcasing the best in new American and international cinema, and is produced by Film Independent, the non-profit arts organization that also produces the Spirit Awards. The 2012 Los Angeles Film Festival will screen a diverse slate of over 200 feature films, shorts, and music videos, representing more than 30 countries, along with signature programs such as the Filmmaker Retreat, Ford Amphitheater Outdoor Screenings, Poolside Chats, Coffee Talks, Music Events and more.

Written and directed by Woody Allen, To Rome With Love is a story about a number of people in Italy — some American, some Italian, some residents, some visitors — and the romances and adventures and predicaments they get into. The film stars Allen, Alec Baldwin, Roberto Benigni, Penélope Cruz, Judy Davis, Jesse Eisenberg, Greta Gerwig and Ellen Page, and is produced by Letty Aronson and Stephen Tenenbaum. To Rome With Love is being released by Sony Pictures Classics on June 22, 2012.

“I can’t think of a better way to kick off this year’s festival than with the original independent filmmaker himself, Woody Allen. It’s a true honor for Los Angeles to host the North American premiere of To Rome With Love,” said Festival Director Stephanie Allain.

“We are thrilled to bring Woody Allen and the US premiere of his new film To Rome With Love at the LA Film Fest,” said SPC’s Co-President Tom Bernard. “The Festival is a premiere showcase for films and we couldn’t be more excited that Stephanie and her team have chosen us to open the Festival.”

“I’ve always wanted to make a film in Rome. It’s obviously one of the great cities of the world, and when you make a film in a foreign city you get a chance to spend several months there, so shooting in Rome gave me and my family an opportunity to really enjoy a city I love in a way that I don’t usually get to. I wrote the film especially for Rome because over the years and my many visits there little ideas occurred to me, and I was able to utilize those ideas to comic advantage, romantic advantage, combined with the visual beauty of Rome,” said Woody Allen.

Returning to downtown Los Angeles, with its central hub at L.A. LIVE, the Festival will run from Thursday, June 14 to Sunday, June 24. Now in its eighteenth year, the Festival provides the movie-loving public with access to critically acclaimed filmmakers, film industry professionals, and emerging talent from around the world.

Passes are currently on sale to past Festival attendees and Film Independent members will be available to the general public on April 22. In addition to screenings and events, Festival passes provide access to a series of networking receptions and entry to the Filmmaker Lounge, where Festival pass holders can interact with Festival filmmakers and professionals in the film community.  General admission tickets to individual films go on sale beginning May 29.  Contact the Ticket Office for passes, tickets and event information by calling 866.FILM.FEST (866-345-6337) or visit LAFilmFest.com. The Official Film Guide, the comprehensive source for all movie info, screenings, locations, and related events is produced by the Los Angeles Times.  It will top The Los Angeles Times on Sunday, June 10 in Los Angeles and Orange County and be made available throughout downtown during the ten-day event.

ABOUT THE LOS ANGELES FILM FESTIVAL

Now in its eighteenth year, the Los Angeles Film Festival, supported by L.A. LIVE and The Los Angeles Times, is widely recognized as a world-class event, showcasing the best in new American and international cinema and providing the movie-loving public with access to some of the most critically acclaimed filmmakers, film industry professionals, and emerging talent from around the world.

Over 200 features, shorts, and music videos, representing more than 30 countries, make up the main body of the Festival.

More information can be found at www.LAFilmFest.com

Film Independent is a non-profit arts organization that champions independent film and supports a community of artists who embody diversity, innovation, and uniqueness of vision. Film Independent helps filmmakers make their movies, builds an audience for their projects, and works to diversify the film industry. Film Independent’s Board of Directors, filmmakers, staff, and constituents, is comprised of an inclusive community of individuals across ability, age, ethnicity, gender, race, and sexual orientation. Anyone passionate about film can become a member, whether you are a filmmaker, industry professional, or a film lover.

With over 250 annual screenings and events, Film Independent provides access to a network of like-minded artists who are driving creativity in the film industry. Film Independent’s Artist Development program offers free Labs for selected writers, directors, producers and documentary filmmakers and presents year-round networking opportunities. Project:Involve is Film Independent’s signature program dedicated to fostering the careers of talented filmmakers from communities traditionally underrepresented in the film industry.
For more information or to become a member, visit FilmIndependent.org.

Health Book Spotlight: The Green Foods Bible, It's All About Living Green 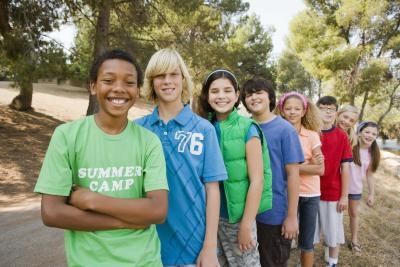 Working parents are already lining up child care plans for the summer. While they’re at it, educators say all parents of school-age...