It’s nearly Earth Day, which is on April 22, and parents are looking for positive ways to engage kids with nature. For Farmer Jason, whose Nature Jams album was recently released on the new myKaZoo Music label with Universal Music Enterprises, music and song offer a pleasant way to point out the joys of being outside and experiencing animals, plants and fresh air.  Nature Jams has won a Family Approved Seal from the Dove Foundation, a Parents’ Choice Award and kudos from parents and kids around the country. His music videos rotate heavily on the new music video channel for kids, myKaZootv.

A strong supporter of such organizations as the Nature Conservancy, Farmer Jason actually runs a real hobby farm near Nashville when he’s not on the road performing for families. His love of nature shines through on these new songs.

“As Earth Day approaches, I am thankful for the opportunity to share my love of nature with children,” explains Jason (also known as Jason Ringenberg of Jason and the Scorchers). My hope is that kids will become inspired to get outside and appreciate the wonders of the great outdoors, even if you live in a big city.”

Nature Jams offers 16 original songs and 4 music videos, featuring such guest artists as Iris Dement, Mike Mills of R.E.M., Tom Petersson of Cheap Trick, Suzy Bogguss, Alison Brown and Brandi Carlile. The song styles range from rock and roll anthems to sea shanties, jazz to folk. Farmer Jason talks with his musical guests about taking hikes, going canoeing, skating and even spelunking. The idea is to get kids excited about the big world around them, observing cool animals (“Meadowlark in Central Park,” “Manatee” and “Dison the Bison”), learning about cool places around the world and simply enjoying nature. Says Farmer Jason, “We tried to make these songs energetic, fun and exciting so kids would be inspired to get outside and be active with their environment. That’s the way they learn to love it.”

Since releasing the new CD/DVD Nature Jams package in February, the good farmer is raking in kudos from parents and critics alike. Check out Dadnabbit’s recent interview with Jason, and the growing list of reviews. Jason will soon be featured on legendary critic Dave Marsh’s Sirius-XM “Kick Out the Jams” radio show. Next week, he will be interviewed on NBC-TV, Nashville’s legendary WSM radio and Great American Country television. 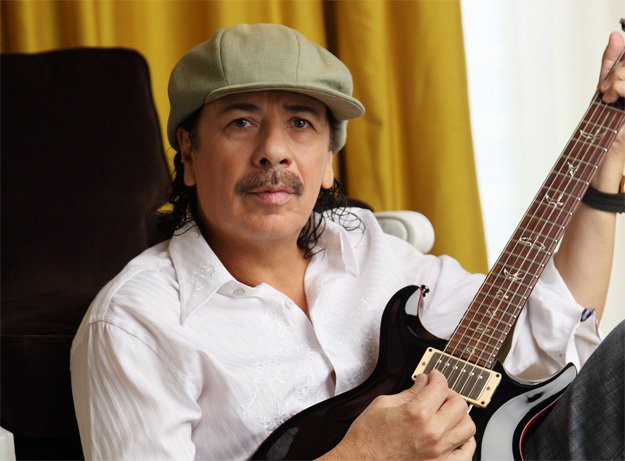 Shape Shifter is Carlos Santana's 36th album, and the first for his new label, Starfaith Records.  Set for release May 15, the 13-song...