ABC Studios and Walt Disney Studios Home Entertainment have announced that the first season of its new critically-acclaimed series ‘Resurrection’ will be arriving on DVD on June 10, 2014 (now available for pre-order).

What happens when someone who you’ve mourned and buried mysteriously appears at your doorstep, as if not a single day has gone by? The lives of the people of Arcadia, Missouri are forever changed when their deceased loved ones miraculously return, causing them to confront the emotional depth of their relationship and what it means to be given a second chance.

On Location in Georgia – Filmmakers and cast reflect on the place ‘Resurrection’ calls home.

‘Resurrection:’ Building a Mystery – The show’s stars share their theories about the mystery at the heart of the series – how are the town’s loved and lost ones returning home to their families…and why? 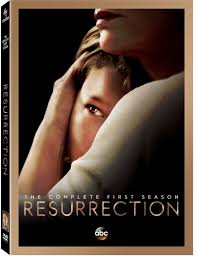 In this article:Resurrection, The Complete First Season