Disney, Christian Louboutin Come Together To Celebrate the Magic Behind Cinderella

The ultimate fairytale that has represented, for centuries, the definitive expression of timeless love, transformation, the fulfillment of a dream come true and, above all, the happily ever after, comes alive in 2012 as The Walt Disney Studios and famed red-sole designer Christian Louboutin, come together to celebrate the magic and inspiration behind of one of the greatest fairytales of all time, Disney’s “Cinderella.”

Louboutin, whose designs are the epitome of style, power, femininity and elegance, was invited by Disney to bring “Cinderella” to life with a fashion forward twist.  As part of this collaboration, Louboutin will design a “Cinderella” slipper putting his own magic touch on the world’s most famous pair of shoes.  This announcement precedes Louboutin’s 20th Anniversary retrospective exhibition at the London Design Museum and the and the global release of Disney’s animated classic masterpiece “Cinderella” Diamond Edition on Blu-ray coming to market this Fall.

“Isn’t it everyone’s dream, to once in your life part of a fairy tale? Walt Disney Studios gave me a wonderful opportunity to live this magical moment. I have been so lucky to have crossed paths with Cinderella, an icon who is so emblematic to the shoe world as well as the dream world.”

Christian Louboutin The designer’s mesmerizing creations are full of whimsy and glamour and his limitless imagination has helped him turn his dreams to reality and help women all over the world over feel like princesses.

“I think we have made the fairy tale fashionable again. We can translate the ancient fairy tale into its modern equivalent without losing the lovely patina and the savor of its once-upon-a-time quality.”
Specific details on the collaboration will be formally shared in early July. To stay informed on “Cinderella” and this collaboration, please continue to visit us at www.Facebook.com/Cinderella.

Everyone orders Cinderella around: her cruel stepmother, her awful stepsisters — even the big clock in the church tower tells her when to start another day of drudgery. But they can’t stop her from dreaming, and Cinderella has faith that someday her wishes will come true. When an invitation to the royal ball arrives, Cinderella is sure her time has come — until her stepsisters, with the encouragement of Lady Tremaine, tear her gown to shreds. Just when Cinderella believes all is lost, her Fairy Godmother appears, and with a wave of her wand and “Bibbidi-Bobbidi-Boo,” transforms an ordinary pumpkin into a magnificent coach and Cinderella’s rags into a gorgeous gown, then sends her off to the Royal Ball. But Cinderella’s enchanted evening must end when the spell is broken at midnight. It will take the help of her daring animal mice friends and a perfect fit into a glass slipper to create the ultimate fairy tale ending.

French designer, Christian Louboutin’s red soles have stamped an inimitable mark on the world of fashion and shoe making over the past twenty years.  The innovation and imagination behind Louboutin’s mesmerizing shoes and his utter devotion to women have established him as one of the world’s most visionary and important shoemakers.  Born in Paris and raised by his mother and three sisters, the designer credits this feminine environment as the inspiration for much of his work.  Louboutin’s unmistakable red soles, his inventive designs and exceptional craftsmanship have gained him a loyal following from some of the world’s most stylish women.  Today, the Louboutin brand can be found in 54 countries worldwide with 55 jewel box boutiques proudly displaying his red sole creations for women and men as well as a collection of handbags and small leather goods.

About The Walt Disney Studios:

For more than 85 years, The Walt Disney Studios has been the foundation on which The Walt Disney Company wasbuilt. Today, the Studio brings quality movies, music and stage plays to consumers throughout the world. Feature films are released under the following banners: Disney, including Walt Disney Animation Studios and Pixar Animation Studios; Disneynature; Marvel Studios; and Touchstone Pictures, the banner under which live-action films from DreamWorks Studios are distributed. The Disney Music Group encompasses the Walt Disney Records and Hollywood Records labels, as well as Disney Music Publishing. The Disney Theatrical Group produces and licenses live events, including Disney on Broadway, Disney On Ice and Disney Live!. 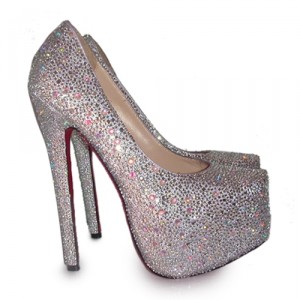 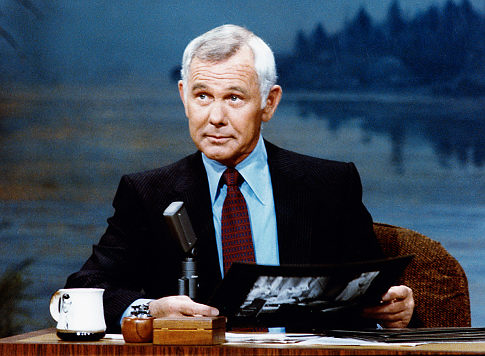 Johnny Carson was seen by more people than anyone else in American history—a fixture of our national life. In exploring...