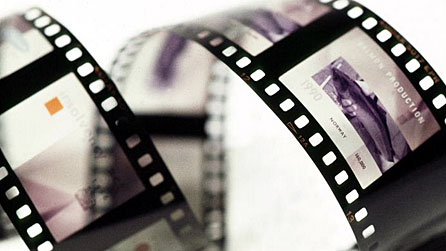 The Stanley Film Festival announced the dates for its 2015 festival, SFF will run April 30 – May 3. The Denver Film Society will continue to produce SFF in Estes Park, Colorado at the historically haunted Stanley Hotel. its third year, the festival will continue to celebrate the best in the horror genre while providing a truly immersive experience for festival goers.

“If a genie told us we could design our perfect festival experience, it would look exactly like SFF – smart, kind people who love horror for all the right reasons, coming together in an intimate way at a beautiful, historic hotel for a four day celebration of film and community,” says SpectreVision co-founder Daniel Noah. “Consider us loyal participants here on out!” The SpectreVision team, Elijah Wood, Daniel Noah and Josh Waller, participated in activities throughout the four days of the festival, including a panel and a special presentation of a rarely seen 35 mm print of the 1976 Spanish film, Who Can Kill a Child?

The team was honored with the 2nd annual Visionary Award. Eli Roth was awarded the first Visionary Award, which acknowledges contemporary horror icons for making brave and daring genre work while encouraging up-and-coming artists to do the same. Introduced this year, the Master of Horror Award celebrates the genre’s living legends and heroes. The 2014 Stanley Film Festival Master of Horror Award was given to director Joe Dante.

Early bird packages are now on sale thru May 16, 2014 at a price of $1190. As a bonus for booking early, patrons will receive Sunday nights’ stay for free. Guests of the main hotel and lodge also get access to exclusive in-room channel festival programming along with scenes and added secrets for those who opt-in to the horror immersion game. The early bird package includes two all-access passes and 4 nights stay at the Stanley Hotel. To book now, visit www.stanleyhotel.com.

“The Stanley Film Festival is quickly growing into a premiere destination horror film festival thanks to our commitment to showcasing the finest horror cinema and events on our delightfully creepy campus, the Stanley Hotel and Estes Park, Colorado,” says Program Director, Landon Zakheim. “We promise to make year three a true horror retreat for the most passionate fans of the genre.”