Check out the world premiere of Cody Simpson’s brand new single, ‘So Listen’ Feat. T-Pain below.  The single ‘So Listen’ premiered last night on YouTube and is now available for purchase on iTunes and at all DSPs!  Cody’s debut full length album will arrive everywhere this summer.

Atlantic recording artist Cody Simpson is poised for next week’s start of his hugely anticipated “Welcome To Paradise Tour.”  The largely sold out trek – presented by Claire’s and co-sponsored by Pastry – gets underway on Thursday, February 2nd at Boston’s Paradise Rock Club and then continues through the month (see attached itinerary).

“We teamed with Cody Simpson last year, and are excited to continue our support of and take this partnership to the next level,” says Dan Mollerus, VP Global Marketing for Claire’s.  “Cody is an extraordinary talent with a great personality, and an energy level second to none.  It’s a perfect match, Claire’s and Cody.”

With nearly 2 million Twitter followers, over 2 million Facebook likes and over 110 million YouTube views, Simpson is already an indisputable phenomenon.  The Australian-born star made a stunning chart debut last summer as his “COAST TO COAST” EP entered the SoundScan/Billboard 200 at #12.  In addition, Simpson ascended to #13 on Billboard’s annual “21 Under 21” ranking, which noted that he is “slowly becoming the all-encompassing pop phenom that could make him a household name by this time next year.”

“COAST TO COAST” is highlighted by the hit single, “On My Mind” which proved a top 40 favorite at Pop radio outlets nationwide, having also hit #1 at Radio Disney (his second chart-topper at the network).  The “On My Mind” companion video – directed by Travis Kopach (Panic! At The Disco, 3OH!3, Boys Like Girls) – is also a certified YouTube blockbuster with over 11.5 million views and counting at Cody’s official YouTube channel, www.youtube.com/user/CodySimpsonMusic.

Currently hard at work recording his eagerly anticipated full-length debut album, Simpson recently was among the stars featured on NBC’s Progressive Skating and Gymnastics Spectacular.  The performance follows an array of high profile TV appearances, including visits to ABC’s Extreme Makeover: Home Edition, the Disney Channel’s Prank Stars, Nickelodeon’s Bucket & Skinner’s Epic Adventures, QVC’s Sunday Best, and the nationally syndicated Ellen DeGeneres Show and Live! with Kelly, as well as a performance and mentor role on Radio Disney and the Disney Channel’s “N.B.T. (Next Big Thing)” talent contest.  An MTV “PUSH Artist of the Week,” Simpson was also among the biggest winners at Australian Nickelodeon’s 2011 Kids Choice Awards, taking home trophies in a trio of categories, including “Awesome Aussie,” “Aussie Muso,” and the prestigious “Super Fresh.” 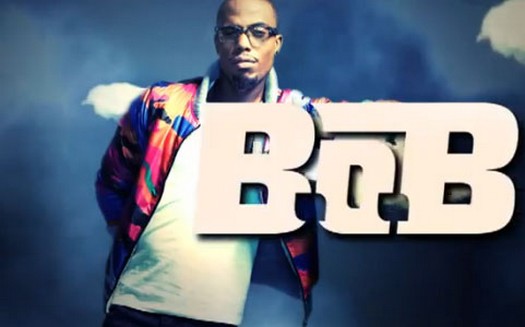 Rebel Rock/Grand Hustle/Atlantic recording artist, B.o.B has released his new single, “So Good,” via iTunes and all DSPs:...