BARBERSHOP Film & Music News. Nice Life Recording Company and Atlantic Records have announced Lizzo as the latest member of its roster. The Minneapolis-based no-genre hip hop star will make her label debut with the new track, “Good As Hell.” The track, which had its world premiere on Zane Lowe’s Beats 1 on Apple Music, is now available at all DSP’s for sale and streaming here: http://smarturl.it/LizzoGoodAsHell

Link in here: http://smarturl.it/StreamGoodAsHell, https://youtu.be/yAF1szG_RHw . The track will be featured in the film “BARBERSHOP: THE NEXT CUT” and appear on the forthcoming soundtrack. In addition, Lizzo has launched official “Good As Hell” stickers and emojis which can be found in the imoji app and on her official website www.LizzoMusic.com.

Widely acclaimed for her powerhouse vocal skills and equally potent lyrical message, Lizzo made her stellar solo debut in 2013 with “LIZZOBANGERS,” earning international applause from such mainstream media outlets as Time, which named Lizzo to its “14 Bands and Artists To Watch” list, hailing her as “an inventive and outside-the-box emcee.” “A super-charged debut,” declared The Guardian in a four-starred rave. “At times joyfully nonsensical, Lizzo’s stream-of-consciousness rhymes can also be lethally pointed.”

“BIG GRRRL SMALL WORLD” followed in 2015, affirming Lizzo as an iconic contemporary rapper and hip hop force of nature. Recorded at Justin Vernon of Bon Iver’s April Base Studios in Fall Creek, WI, the album was named one of SPIN’s “50 Best Hip Hop Albums of 2015” after earning praise around the planet. “There’s a power about both the music and Lizzo herself that pulls the listener breathlessly along,” raved The Guardian’s Alexis Petridis. “This is an album that sounds ready to take on the world.” “Lizzo is anything but a one-trick pony,” wrote NME, “(as well as a blistering rapper, she’s also a show-stopping gospel singer and classically trained flautist), and the full range of her talent is on display here.” Perhaps Paste summed it up best, applauding Lizzo’s “unfettered experimentalism” and adding, “Hip hop needs a strong female voice today – one that matches the pop magnetism of Beyoncé, but with the political and social awareness of Killer Mike…Lizzo seems primed and ready to fill that spot.”

Lizzo made a number of high profile appearances supporting “BIG GRRRL SMALL WORLD,” highlighted by a spectacular rendition of the album’s “Ain’t I” on CBS’ Late Show with Stephen Colbert. The performance was declared to be “as raw and authentic as late night TV gets,” by Music Times. “Lizzo danced and strutted on the stage displaying her ability to spit a sick verse and show off her equally impressive vocal range, all wrapped up in a politically charged song that brought attention to women’s issues, black culture and body image.” 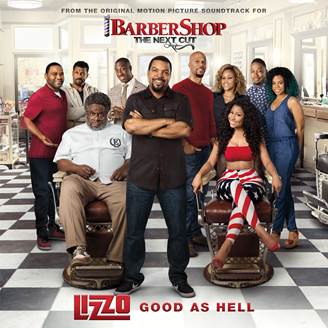 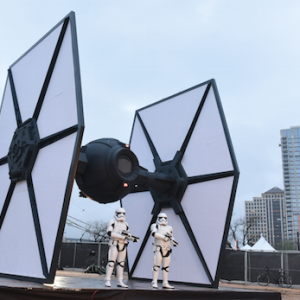 Star Wars: The Story Awakens at SXSW with First Order Landing. In celebration of the documentary “Secrets of The Force...