Rebel Rock/Grand Hustle/Atlantic recording artist, B.o.B has released his new single, “So Good,” via iTunes and all DSPs: http://itun.es/iSk82G. You can also listen to “So Good,” here: http://youtu.be/FvlFXR7DD9Q. The Ryan Tedder-produced track comes on the heels of the rapper’s previous two album cuts, “Play The Guitar (feat. Andre 3000)” and “Strange Clouds (feat. Lil Wayne),” which has been RIAA-certified platinum with sales exceeding 1 million singles. Last month, B.o.B teamed up with fellow Atlanta rappers, T.I. and Young Jeezy, to release the official remix track and video to his single, “Strange Clouds.” Adding to all this excitement, B.o.B has announced that his sophomore album, “STRANGE CLOUDS,” will arrive in stores and online on May 1st.

Earlier this month, the acclaimed superstar headed to Indianapolis to perform his hits, “Strange Clouds,” and “Don’t Let Me Fall,” at VH1’s Pepsi Super Bowl Fan Jam, alongside Gym Class Heroes and The All American Rejects. The Atlanta native also rang in 2012 with an electrifying performance of “Strange Clouds,” on BET’s 106th & Party New Year’s Eve celebration. What’s more, B.o.B recently received a nomination for a 2011 People’s Choice Award in the “Favorite Hip-Hop Artist” category.

“B.o.B PRESENTS: THE ADVENTURES OF BOBBY RAY,” debuted at #1 on Billboard’s Top 200 Albums chart and was heralded by the smash debut single “Nothin’ On You (feat. Bruno Mars),” which catapulted to the top of Billboard’s Hot 100 chart. B.o.B also celebrated the album’s release with a number of high-profiled TV appearances including The Ellen DeGeneres Show, Jimmy Kimmel Live!, The Wendy Williams Show, Saturday Night Live and The Mo’Nique Show, while gracing the covers of national publications including Complex and VIBE. Adding to this, B.o.B is one of the faces of Adidas’ 2011 “All Adidas” global brand campaign, which also includes the likes of Katy Perry, David Beckham and NBA star Derrick Rose. 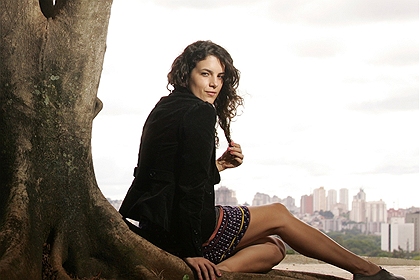 The open road, the bohemian atmosphere, the existential mythology of travel-these were the visions the Brazilian singer Céu...