Hulu and Lionsgate today announce that UNBANNED: THE LEGEND OF AJ1, the powerful and inspiring true story of how Air Jordan 1 (AJ1) transcended sports to become a global phenomenon, will stream exclusively on Hulu. From first time filmmaker Dexton Deboree, the documentary interviews culture-defining titans, including NBA Hall of Famer Michael Jordan himself, Quincy Jones, Spike Lee, Lena Waithe, Carmelo Anthony, Chuck D, and Phil Knight among others, to explore how AJ1 was not just a sneaker, but a worldwide movement that broke through barriers of race, age, and gender to define the culture in which we now live. Lionsgate acquired the documentary which is set to make its exclusive streaming debut on Hulu on February 14. Link in and watch here at https://www.youtube.com/watch?v=ZKJpHjqGeos&feature=youtu.be

“Sneaker fans all over the world remember the thrill of getting their first pair of Air Jordans, and this film explores the story behind and incredible impact of that iconic shoe,” said Heather Moosnick, Senior Vice President Content Partnerships, Hulu. “At Hulu, we’re focused on bringing highly compelling films and series to our viewers that reflect the culture and inspire conversation – and UNBANNED: THE LEGEND OF AJ1 is exactly that.”

“We were thrilled to get behind Dexton’s captivating film exploring the cultural phenomenon of the AJ1,” said Jared Goetz, Lionsgate President of North American Television Distribution. “With Hulu’s longstanding commitment to premium quality content, we’ve found the perfect partner to launch this film.”

This is the story of Air Jordan 1, the shoe that tapped a cultural nerve deep inside a generation, unlocked the voice of so many voiceless and transcended sports to become a global phenomenon. Beyond the shoe’s iconic image and deeper than the legend of its namesake – Michael Jordan – UNBANNED: THE LEGEND OF AJ1 explores AJ1’s role in giving birth to sneaker culture, re-shaping the game of basketball and the very identity of the NBA. It revolutionized the business of the professional athlete as a brand and radically disrupted a generation to define our modern global culture on and off the court. Through a riveting journey of powerful voices that also include Black-ish creator Kenya Barris, actor Anthony Anderson, DJ and record producer DJ Khaled across all aspects of culture from then and now, the film chronicles the shoe’s explosive impact on history and our modern world.

“I’m excited for the world to witness a story that breaks some rules and explores some new ground in expressing a tale as remarkable as any great fable we’ve heard or seen before,” said writer/director Dexton Deboree. “This film unearths a very powerful story that is beneath a cultural icon to share something that transcends sport, sneakers, and the popular zeitgeist of much of what happened not only with AJ1 and even Michael Jordan himself, but the radical cultural revolution that unfolded in its wake.”

UNBANNED: THE LEGEND OF AJ1 chronicles the dawn of the sneaker craze and the sneaker’s explosive cultural impact on music, fashion, art, and entertainment through powerful voices of then and now. The film is produced by Dexton Deboree and Stef Fink. 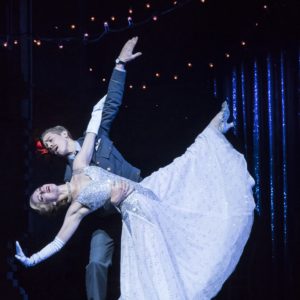