The American Film Institute’s elite AFI Directing Workshop for Women (DWW) program will screen eight short films at 6:30 p.m. on Monday, May 6, 2013 at the Director’s Guild in Los Angeles. The films are the end result of an immersive year long tuition-free fellowship conducted each year at AFI. On average, only eight percent of applicants are selected to participate in this prestigious program. The program’s emphasis is on women, who have had at least seven years experience within the film industry and are transitioning into the role of director. The eight new directors are Shaz Bennett, Catherine Dent, Antoneta Kastrati, Lauren Ludwig, Stephanie Martin, Juliana Peñaranda-Loftus, Lisanne Sartor and Sarah Gertrude Shapiro.

The keynote address will be delivered by Ava DuVernay, winner of the Best Director Award at the 2012 Sundance Film Festival for her second feature film MIDDLE OF NOWHERE. DuVernay, who transitioned from publicity to directing, is currently in post-production on her documentary about Venus Williams for ESPN Films and has just completed a film for Prada.

Introducing the AFI Directing Workshop for Women Class of 2012
Shaz Bennett’s ALASKA IS A DRAG is the story of a boy whose dreams of being an international superstar are hard fought working in a small town fish cannery. Bennett currently works on THE GLADES on A&E. She wrote and performed four critically acclaimed one-woman shows. The New York Post described her as “the Mormon Dennis Leary.” Bennett performs regularly in Los Angeles at Sit N Spin at the Comedy Central Stage, and The Moth. Radio listeners can hear her on KCRW’s “UnFictional.” Presently, Bennett is developing a television series and raising money to shoot the feature-length version of ALASKA IS A DRAG.

Catherine Dent has been a successful actress in film and television for over 20 years and is known widely for her role on the award-winning FX series, THE SHIELD. Her film SILK is about a woman portrayed by Oscar® nominee Shohreh Aghdashloo, who is given away by her family and forced to marry at age 10, is currently garnering attention in film festivals around the world.

Antoneta Kastrati is a Los Angeles-based filmmaker from Kosovo. After surviving the war in the late 1990s, she became a documentarian and her award-winning films have addressed unexplored issues of postwar society. Her AFI DWW film SHE COMES IN SPRING tells the story of a young woman who visits a middle-aged father in a Serbian village, compelling him to uncover a dark secret buried in his wartime past.

Lauren Ludwig is a multi-media director and writer based in LA and hailing from upstate New York. Her past work has earned a Hollywood Fringe Festival Best of Comedy Award, an LA Weekly Best of the Fringe Award and a Chicago Reader Critics Choice distinction. She regularly directs videos and live shows for the underground comedy group Lost Moon Radio. Her original play exploring the life and work of Charlie Chaplin “15 Tramps,” was the recipient of numerous honors in Chicago. Ludwig’s AFI DWW film is BURN BRIGHTLY, an off-beat love story about a boy allergic to the sun.

Stephanie Martin co-wrote and directed WILD HORSES starring Mireille Enos, Brooke Shields and Barbara Tarbuck in an effort to tackle the emotional and political subject of the U.S. Government involvement in wild horse roundups. With this in mind, Martin is currently developing a feature-length project about the wild horse issue. Born in Sao Paulo and raised mostly in Buenos Aires, Martin discovered her passion for film while at Wellesley College. She earned her MFA from AFI Conservatory and has since been working successfully as a cinematographer on features, shorts, documentaries and commercials. WILD HORSES has been selected to premiere at the Palm Springs Shorts Fest.

Juliana Penaranda-Loftus’ film studies have included prestigious schools on several continents. After September 11, she traveled to Afghanistan to direct and produce a documentary about Aid Afghanistan, an organization fighting for the right to educate women. Since then she has produced three independent feature films: KALAMITY, WILD 7 and TRIP OUT. Her AFI DWW short film LEARNING TO FLY is about the innocence and imagination of a child in contrast with the harsh reality of life in urban America. She is currently producing the upcoming documentary LANDFILL HARMONIC to be released in 2014.

Lisanne Sartor began in the entertainment industry as a Directors Guild trainee and then became a DGA assistant director. She left production to get an MFA in screenwriting from UCLA. Sartor’s original screenplay CLEAVERVILLE was produced by Don Enright of Alexander/Enright, and aired as a Lifetime Television movie of the week. Her AFI DWW film SIX LETTER WORD stars Rumer Willis and will screen at the American Pavilion at the Cannes Emerging Filmmaker Showcase and the Cannes Short Film Corner later this month. She is currently polishing the feature-length version of SIX LETTER WORD.

Sarah Gertrude Shapiro’s critically acclaimed short film SEQUIN RAZE, starring Ashley Williams, Frances Conroy and Anna Camp, took home Honorable Mention at SXSW this year and was the only U.S. short to be invited to New Directors/New Films at MoMA/Lincoln Center. She then sold SEQUIN RAZE to a major cable network and is currently writing the pilot episode of that television series while simultaneously developing her feature film TREMBLE. Shapiro has worked at a variety of noteworthy day-jobs, including a substantial tenure at renowned ad agency Wieden+Kennedy – all the while producing her own works, which have garnered acclaim at festivals world-wide, including her comedy short 2ND BEST, which premiered at Frameline 2012.

About AFI Directing Workshop for Women
The AFI Directing Workshop for Women at the American Film Institute is a remarkable, one of a kind program. Since 1974, AFI has offered this tuition-free training workshop and opportunity to direct a digital short that has launched the career of many working directors. Among the remarkable past participants of this program are Maya Angelou, Ellen Burstyn, Dyan Cannon (whose film earned her an Oscar® nomination), Lesli Linka Glatter (whose film earned her an Oscar® nomination), and Rhanda Haines and Joanne Woodward who have steered major Hollywood films, as well as acclaimed television directors Tricia Brock, Hanelle Culpepper, Jennifer Getzinger and Nancy Malone, among many others. National statistics published by the Directors Guild of America (DGA) lists the percentage of working female directors as seven percent in film and 11 percent in television. The AFI Directing Workshop for Women can proudly claim that 25 percent of alumnae have professional directing credits since participating in the workshop.

The AFI Directing Workshop for Women is made possible, in part, by the generous support of the American Film Institute, The Adrienne Shelly Foundation, Sony Corporation of America, Jean Picker Firstenberg, Nancy Malone and Roz Wyman. More information can be found at AFI.com/showcase/dww/films.aspx.

St. Barth Tourism Committee to Host "Shop 'til You Drop” 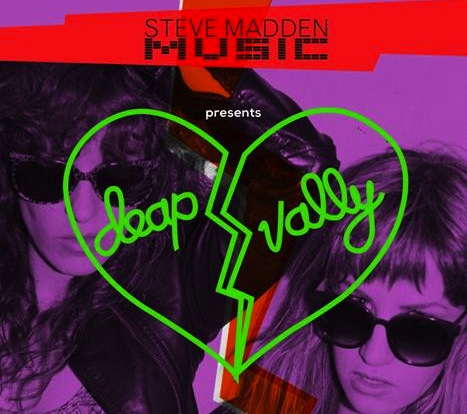 Shoe monolith Steve Madden continues to have his fingers on the pulse of what’s new and amazing before anyone else. On Monday,...