AFI FEST 2012 presented by Audi, a program of the American Film Institute, announced today the films that will be featured in the Young Americans and New Auteurs sections at this year’s festival. Young Americans features works by emerging U.S. filmmakers and New Auteurs highlights first and second-time feature film directors from around the world. AFI FEST will take place November 1 through 8 in Hollywood, CA at the historic Grauman’s Chinese Theatre, the Chinese 6 Theatres, the Egyptian Theatre and the Hollywood Roosevelt Hotel.

“This year we’ve expanded our Young Americans section to accommodate the many great American independent films submitted,” said Lane Kneedler, Associate Director of Programming at AFI FEST. “The section features exciting directors and filmmakers like the Zellner brothers and Joe Swanberg who are returning to AFI FEST with new films. It’s been extraordinary to see the growth and evolution of this section over the past three years.”

“Our New Auteurs competition section is an opportunity for us to highlight some of the strongest filmmaking by first and second time directors this year. These are films that have been garnering acclaim and winning awards at festivals all over the world and are now being showcased together for the first time,” said Jacqueline Lyanga, Director of AFI FEST. “Last year this section included Michael Roskam’s Oscar®- nominated BULLHEAD and Julia Loktev’s THE LONELIEST PLANET. Every year, it’s exciting to see the talent that emerges from this showcase of new narrative feature filmmakers.”

For the fourth consecutive year, AFI FEST will continue its unprecedented offer of free tickets to all screenings beginning on Thursday, October 25. Festival attendees can avoid rush lines and gain access to all regular screenings without a ticket by purchasing the new Cinepass Express. Cinepass Express holders receive priority entry to all regular screenings, including the Young American and New Auteurs selections, as well as access to the cinema lounge.

AFI members will have a 24-hour advance window on Wednesday, October 24 before tickets become available to the general public. In addition, AFI members at the Two Star level and above receive a 10% discount on all Patron Packages and Passes. Information about AFI Membership is available at AFI.com/membership. 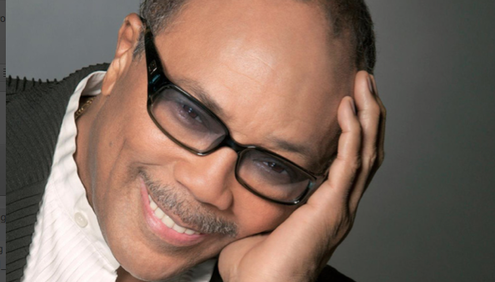 After dominating the music industry for over 50 years, Jones will now join the prestigious history of Montblanc de la Culture....