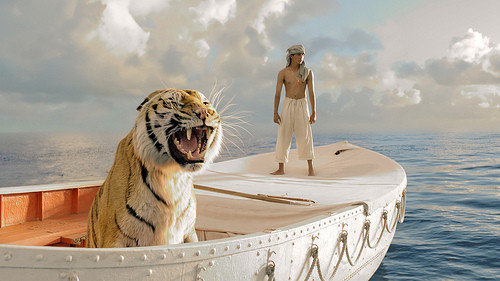 The AFI Fest 2012 is proving once again why it is one of the preeminent festivals in the world. This year’s festival, its 26th annual, provides cinephiles with an eclectic array of indie gems, red carpet galas and in-depth roundtables with the filmmakers. Most importantly, the festival spotlights some of this year’s biggest Oscar contenders.

The festival boasts over 133 films from over 28 countries and will run November 1-8 at Grauman’s Chinese Theater and Egyptian Theater in Hollywood.  Power Player Lifestyle Magazine tried to squeeze in as many screenings and events as possible.  Some of our highlights include:

Day 1: The Festival kicked off on November 1st with a glitzy red carpet premiere of Fox Searchlight’s “Hitchcock” starring Anthony Hopkins and Helen Mirren. “Hitchcock” is garnering huge Oscar buzz as it recounts the machinations of Alfred Hitchcock’s making of his iconic horror film “Psycho”.

Day2: AFI Fest offered another high-profile world premiere with Ang Lee’s fantastical 3-D masterpiece “The Life of Pi”.  Lee whose oeuvre of Oscar notables includes “Crouching Tiger, Hidden Dragon”, “The Ice Storm” and “Brokeback Mountain” gives us his most powerful and inventive cinematic piece to date with “Pi”.  Adapted from the best selling novel, it tells the spiritual journey of an Indian boy named Pi who finds shipwrecked in the middle of the Pacific Ocean with a Bengal Tiger.

Day 3: With so much to see we were able to squeeze in a showing of the documentary “The Central Park 5”. Co-directors Ken Burns, Sarah Burns and her husband David McMahon take us back to a night in 1989 when five young black and Latino teenagers were arrested in New York City’s Central Park under suspicion of committing random assaults in the park. Later that same night, a young white female jogger, who had been brutally attacked and raped, was found in the park and the immediate public outcry sparked by her discovery changed the fate of those five young men forever as they became victims of a city-wide frenzy and extreme police action. The accused men can never recapture their teenage years spent behind bars, but by telling their stories, the filmmakers remind us they will not be forgotten. This moving documentary about a miscarriage of justice remains, sadly, as relevant today as it was in 1989.

The festival will continue this week until November 8th. We are looking forward seeing many more films as possible up to the closing night’s presentation of Steven Spielberg’s “Lincoln” starring two-time Academy Award winner Daniel Day-Lewis and Sally Fields.

Unlike other festivals of its stature, AFI Fest offers free tickets to the public. For tickets and more information on the festival go to www.afi.com – Report by Brent Lowe.