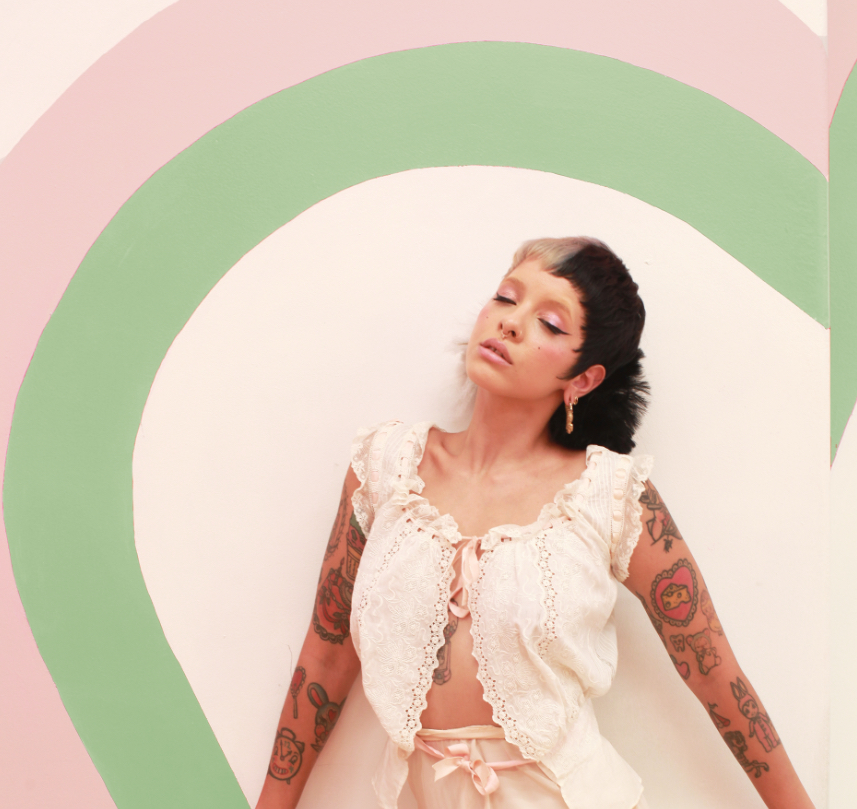 Multi-platinum pop phenomenon Melanie Martinez has announced plans for a major global streaming concert event. CAN’T WAIT TILL I’M OUT OF K-12 will stream worldwide in four time zones beginning on Thursday, December 17th, airing at 8:00 PM in GMT, EST, and PST, and Friday, December 18th at 8:00 PM AEDT. Tickets go on sale starting Wednesday, December 2nd at 7:00 AM PST (3:00 PM GMT, 10:00 AM EST, and Thursday, December 3rd at 2:00 AM AEDT). In addition, a range of ticket bundles and exclusive CAN’T WAIT TILL I’M OUT OF K-12 merchandise will also be available. Tickets and complete information can be found now at www.melaniemartinezmusic.com.

CAN’T WAIT TILL I’M OUT OF K-12 – powered by the innovative live streaming platform Headliner – will see Martinez celebrating her internationally acclaimed album and accompanying full-length film “K-12” with a spectacular concert production, featuring a full band, dancers, and all of the one-of-a-kind theatricality fans have come to expect from this visionary, multi-talented artist. Martinez had been poised to launch the biggest world tour of her career earlier this year, but the run was cancelled due to the Coronavirus shutdown. CAN’T WAIT TILL I’M OUT OF K-12 is a newly conceived concert experience that marks the last opportunity for fans everywhere to experience an extraordinary K-12 concert production, giving songs from the K-12 tour a new spin in addition to performing tracks from her recent AFTER SCHOOL EP.

CAN’T WAIT TILL I’M OUT OF K-12 follows the recent release of Martinez’s “AFTER SCHOOL” EP, available now via Atlantic Records at all DSPs and streaming services HERE.  The EP is also being joined to “K-12” as the “K-12 (AFTER SCHOOL – DELUXE EDITION),” available now at all DSPs and streaming services HERE. “AFTER SCHOOL” includes seven brand new songs, including “The Bakery,” produced by Blake Slatkin and accompanied by an equally engaging companion video directed and costume designed by Melanie herself, now boasting more than 23 million views at the official Melanie Martinez YouTube channel HERE after spending nearly a week in the #1 trending spot on YouTube.

Both “AFTER SCHOOL” and “The Bakery” were met with widespread applause, with Variety declaring the latter to be “the best straight-up pop song of the week by far.” “Get set for something special,” raved American Songwriter. “Martinez has proven herself to be a detail-propelled creator who doesn’t draw the line of her creativity at loose Easter eggs and macro thematics.” Recently nominated as “Top Soundtrack” at the 2020 Billboard Music Awards, “K-12” proved a sensation upon its September 2019 release, entering the SoundScan/Billboard 200 at #3 – Martinez’s highest chart placement thus far. Furthermore, the album debuted at #1 on the “Alternative Albums,” “Soundtracks,” and “Vinyl Albums” charts, as well as #2 on “Pop Albums” and #3 on “Top Albums.” Internationally, “K-12” made top 10 debuts in Canada, Australia, Ireland, Netherlands, UK, New Zealand, and Spain.

Produced by Michael Keenan with the exception of one song produced by Kinetics & One Love, “K-12” also serves as a soundtrack companion to an eerily enchanting musical film, written, directed, and starring Martinez. K-12 is streaming now at DSPs and Martinez’s hugely popular YouTube channel, with its nearly 70 million views to date contributing to her career 6.9 billion global streams, more than 2.8 billion total YouTube views, and close to 12 million YouTube subscribers. Praised by Billboard as “a visual dream world of the 24-year-old’s own making… a whimsical, highly dramatized version of school life, filled with pastels, magic, oversized hair bows and babydoll dresses,” K-12 was the 6th highest grossing film in US cinemas on release day, September 3, 2019, with screenings in over 400 cinemas in 32 countries. 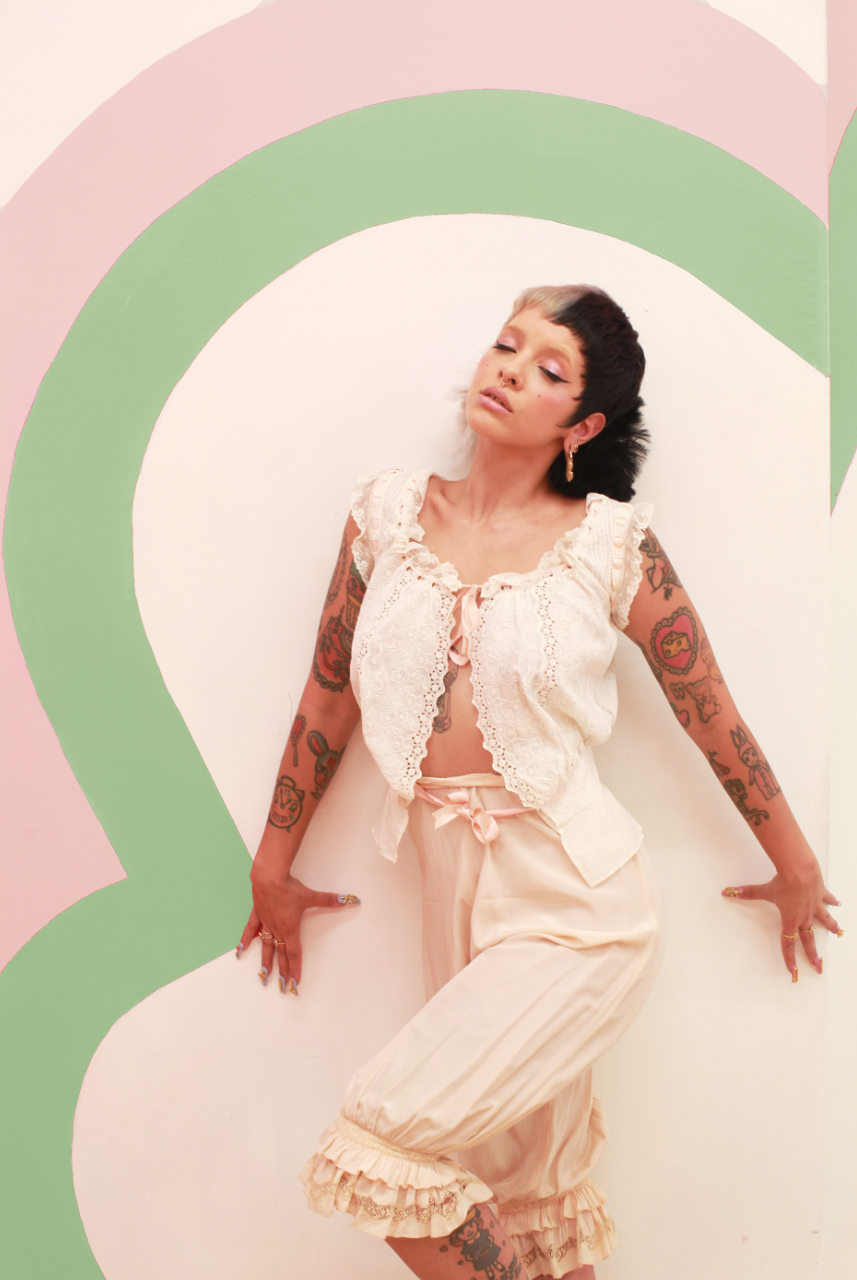 Named by both SPIN and Idolator as one of 2015’s top pop albums, Martinez’s RIAA platinum certified debut album, “CRY BABY,“ spent more than 100 consecutive weeks on the SoundScan/Billboard 200 after making a #6 chart debut upon its initial August 2015 release. In addition to the album’s own platinum certification for sales equivalents exceeding 1 million, each individual track has now been certified gold and/or platinum, including the longtime fan favorite, “Play Date.” Originally found on the deluxe digital edition of “CRY BABY,” “Play Date” recently proved a true pop sensation, earning RIAA gold certification and more than 580 million global streams, propelling the album back onto the upper half of the SoundScan/Billboard 200 more than five years after its initial release.

A worldwide TikTok favorite, “Play Date” has been featured in millions of user-generated videos using the hashtag #playdate. Martinez – who created her own TikTok video for “Play Date,” streaming HERE – marked the surprise success of “Play Date” with a new official lyric video, now boasting close to 36 million views via YouTube HERE having drawn close to 1.5 million views in its first day alone. In addition, the original YouTube audio stream of “Play Date” has now earned over 119 million streams – https://www.melaniemartinezmusic.com/