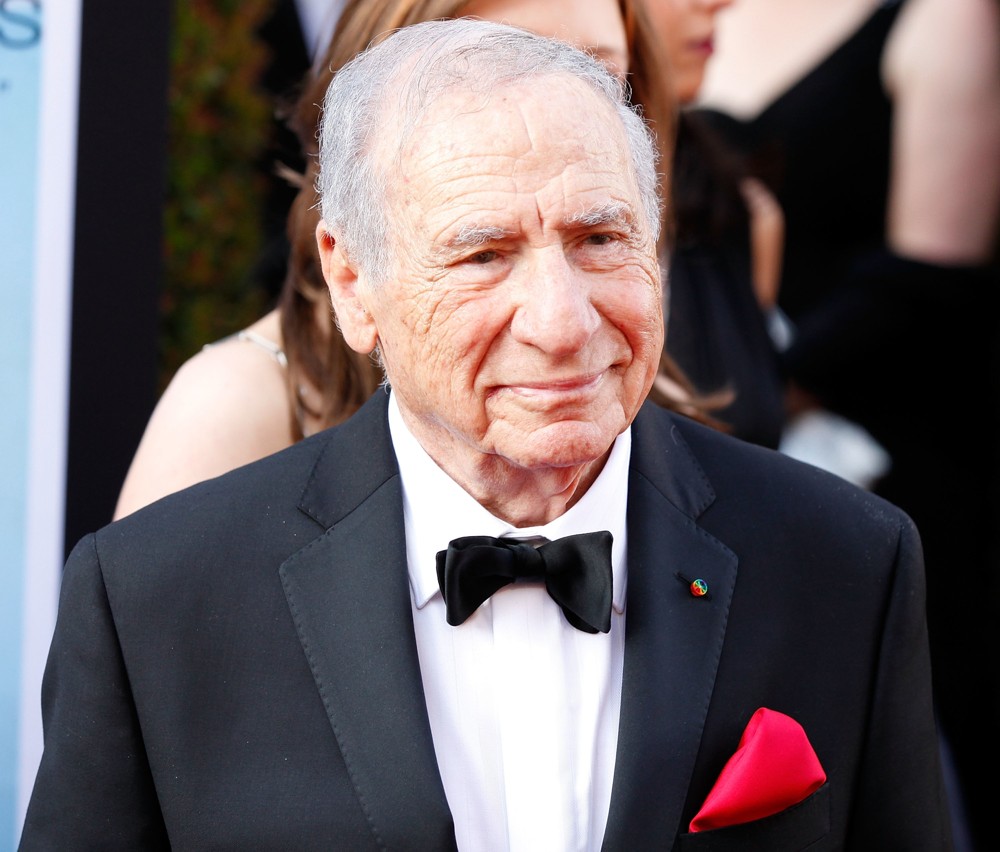 Comedy legend Mel Brooks was lauded with the 41st annual AFI Life Achievement Award – the highest honor for a career in film – in an evening of equal parts heart and laughter. Many of Hollywood’s most revered luminaries turned out to pay tribute to one of America’s most celebrated artists. The black tie gala was taped at the Dolby Theatre in Hollywood and will premiere on Saturday, June 15 at 9:00 P.M. ET/PT on TNT and encore on Wednesday, July 24 on TCM as part of an all-night tribute to Brooks.

The tribute was built upon the humor and scope of Brooks’ career as a director, producer, writer, actor and composer. In the tradition of past AFI tributes, the details of the program, along with its participants and guests, were held as a surprise to the honoree, making this event one of the most beloved experiences in the film community.

Following welcoming remarks from Sir Howard Stringer, Chair of the AFI Board of Trustees, and Bob Gazzale, AFI President and CEO, producer Stuart Cornfeld received the 2013 Franklin J. Schaffner Alumni Medal for his commitment to quality filmmaking. Cornfeld thanked Brooks, his “mentor and tormentor,” for launching his career. Cornfeld worked with Brooks on THE ELEPHANT MAN, THE FLY, HIGH ANXIETY and HISTORY OF THE WORLD PART 1.

The entertainment opened with Martin Short in a musical dance piece celebrating Brooks’ body of work. Heartfelt and humorously off-color comments were offered in-person from Brooks’ friends and collaborators Larry David, Cloris Leachman, David Lynch, Carl Reiner and, on video tape, Gene Wilder. Master filmmakers Clint Eastwood, George Lucas, Steven Spielberg (all past recipients of the AFI Life Achievement Award) discussed important American genres of film – westerns, science fiction and historical epics – and ‘what Mel Brooks did to them’ in films like BLAZING SADDLES, SPACEBALLS and HISTORY OF THE WORLD PART 1. Robert De Niro and Morgan Freeman (also past AFI Life Achievement Award recipients) poked fun at Brooks for irreverent references to both of them in his films. Brooks’ age and influence on generations of comedians was hysterically dissected in-person by Jimmy Kimmel, Conan O’Brien, Amy Poehler, Sarah Silverman as well as Matthew Broderick, Whoopi Goldberg and Nathan Lane on video. The show concluded with Martin Scorsese (another AFI past recipient) handing the 41st AFI Life Achievement Award to Brooks for his mastery as a filmmaker and director.

“The recipient should be one whose talent has in a fundamental way advanced the film art; whose accomplishment has been acknowledged by scholars, critics, professional peers and the general public; and whose work has stood the test of time.”

About the American Film Institute
AFI is America’s promise to preserve the history of the motion picture, to honor the artists and their work and to educate the next generation of storytellers. AFI provides leadership in film, television and digital media and is dedicated to initiatives that engage the past, the present and the future of the moving image arts.

AFI programs include the AFI Catalog of Feature Films and AFI Archive, which preserve film heritage for future generations; the AFI Life Achievement Award – the highest honor for a career in film – now in its 41st year; AFI Awards, honoring the most outstanding motion pictures and television programs of the year; AFI’s 100 Years…100 Movies television events and movie reference lists, which have introduced and reintroduced classic American movies to millions of film lovers; year-round and special event exhibition through AFI Fest presented by Audi, AFI Docs presented by Audi and the AFI Silver Theatre; and educating the next generation of storytellers at the world renowned AFI Conservatory, recognized for the quality of its instructors and speakers and its notable alumni.