The Most Expensive & Beautiful Houses In The World: Who Can Compete With the Royal Family?

here’s an odd-looking building in South Mumbai in India that looks like it’s under construction, only that it’s finished and furnished. And by how much. Called the Antilia, after mythical island in the Atlantic, the building is famous not for its odd structures of extra high ceilings and protruding floors; it’s the second most expensive house today at $1 billion. Barring the Buckingham Palace, which is valued at $1.55 billion, it would have been our most expensive house in our list, as Forbes.com has named it in 2014. In fact, Forbes cited that it’s the first house (other than palaces) to breach the $1 billion range.

Our infographic of the world’s most expensive houses compares the home values against the British Royal’s residence. Interestingly, the palace is not the most ornate or opulent among palaces; Saudi royals and sheiks are known to live more lavishly, beating their European counterparts. But property value is not just about what the house is, but who lives in it. The Queen of England lends to the palace a value higher than the structure’s worth. 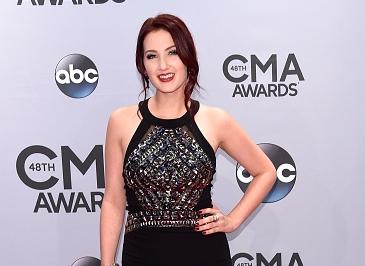 Singer & songwriter, Katie Armiger draped herself in Nanis Italian Jewels for the red carpet at the 48th Annual CMA Awards....